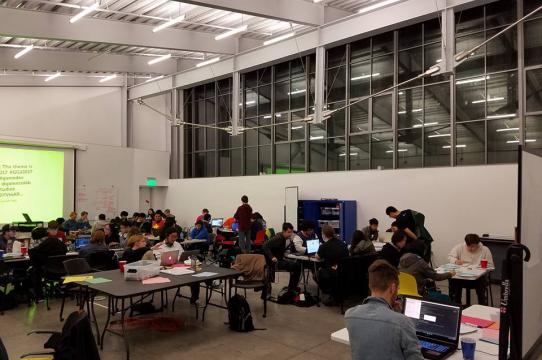 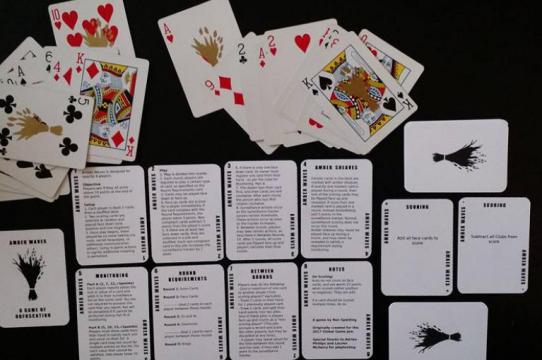 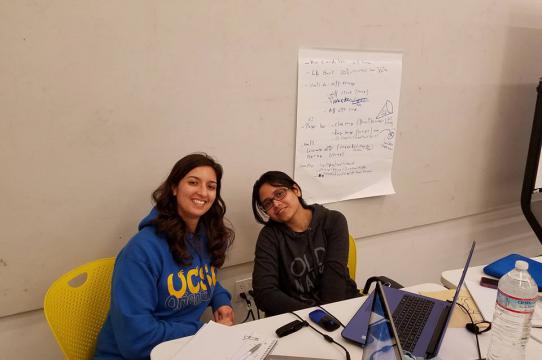 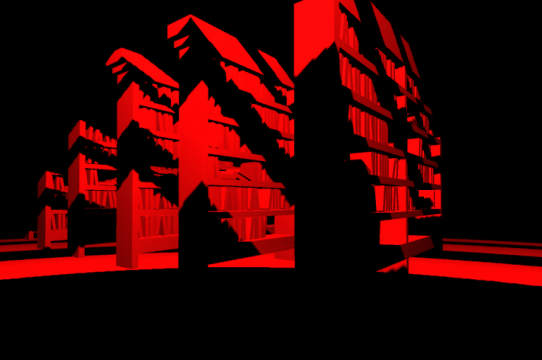 From Friday January 20th to Sunday January 22, the GDA Collaboration student group hosted the Global Game Jam in the AGPM Game Design Lab. This annual event is a 48-hour global hackathon focused on game development, and 2017 year set the record as the largest game jam ever with over 36,000 jammers in 702 sites across 95 countries creating over 7,000 games. Jammers at work in the AGPM Game Design Studio

On Friday night, this year's theme of "waves" was announced, and jammers at the UCSC site got busy creating games from scratch. Fueled by stacks of pizza, the 70+ jammers stayed up late both nights and ultimately completed 14 games and prototypes which were demonstrated to the other teams on Sunday afternoon. There were flash, card, VR, and voice-controlled games, which included microwaves, submarines, vikings, artistic hermit crabs, misguided aliens, and comets, with themes of surveillance, navigation, and echolocation. All of the games created at this year's UCSC jam site are available here: http://globalgamejam.org/2017/jam-sites/university-california-santa-cruz...